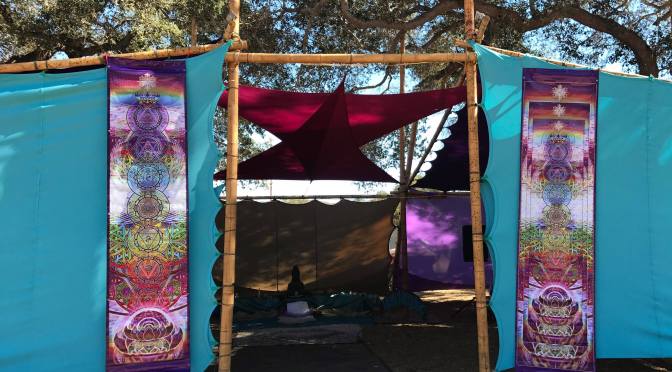 Sometimes good intentions end in mockery when ego-centrism is at play….

Back in Boulder, Colorado I had linked up with some street kids who financed their travels by vending at festivals. Some blow glass pipes and pendants, some wire wrap jewelry and stones, some tie die clothes, and others make fuzzy hats. They pay a fee (usually about 25-50% of the general admission ticket price) that buys them a zone inside the festival. They sell until they feel they’ve made enough and then the rest of the time is theirs to enjoy. Some are even real crafty and don’t even bother to pay for a zone. They simply sell their products in the lot and if they can afford a general admission ticket then they get to go in and party when work is over. When I was dirt broke in Santa Barbara and heard about a festival the Lucidity Family was hosting I decided to go out on a limb and apply to sell my herbal products. About two weeks later, when I had completely forgotten I even applied, I received an email stating I was selected as a vendor to set up in the healing sanctuary. For a small fee I was allotted three days of camping, two days of festival going, unlimited showers, and a space to set up and vend. I was beyond excited to enter this whole new realm of life on the road and had extremely high hopes for my future means of creating access to quick cash without having to work a miserable job that holds me in one location.

Lucidity is a company that puts on weekend music festivals in Southern California. As explained to me by a local whose sister is really into the group, there is more of a community with this group than with most festival organizations. “They consider themselves the Lucidity Family” he tells me. This made me all the more excited as I now had a way to merge my vending project for financial resources with my blogging.

Off a dirt road on a mountain I was frequently sleeping at I drove into the campsite for Déjà Vu festival. This fest was set in a clearing of woods. I pulled in at night and headed to a large carport where groups of hippies and street kids were being fed in exchange for their help setting up. I was introduced to one of the founders of the organization and was shown where I would be setting up the next morning. I went to bed that night excited to see what the weekend had in store.

A whole lot of disappointment is what was in store. It turns out that this festival was an invite only event put on for the people who typically work at Lucidity’s events. Why they invited a vendor in without releasing this information is beyond me. The crowd consisted of maybe 150 people. There was a total of 5-6 people at a time by the stage. I believe I counted a total of three people who entered the healing sanctuary where I was supposed to be selling my products. Naturally, I packed up and decided I might as well just go enjoy my time as I clearly was not going to be making any money here. I joined the crowd just in time for the opening circle.

As we all gathered in a tightly knit circle sitting in the grass before the main stage I began to feel hope as I started chit chatting with those around me. This was quickly squandered. As I gained a closer insight at the individuals who surrounded me I was able to see them for who they truly were. Having been to genuine gatherings of gypsies, hippies, road warriors, wiccans, and so on and so forth I initially thought nothing of the clothing and behavior I encountered around me. Unfortunately I began to realize that these were imposters. These were snobby rich people dressing up like it was Halloween; like these characters they were posing as don’t actually exist in real life. Déjà vu was an appropriate name for the event because I suddenly felt the forest swirling around me as I realized I was in a parallel reality… a reality these people lived in where only their fancy cars and office jobs exist and the people who they fantasize about and dress up as don’t, or worse- they are the people this crowd is afraid of when they encounter them on the street and go out of their way to avoid making so little as eye contact. The worst part of all was the realization that all the real street kids and hippies who were being fed the night before for helping set up- were gone! They weren’t even granted access to stay for their hard work.

They were making a mockery of the truest cultures I have found in this country. The opening ceremony was downright insulting. I was filled with disgust as these yuppies-dressed-hippie revealed their true arrogant, ego-centric selves.

Hypocrisy was in the air as they performed their extremely condescending rituals that clearly proved their complete lack of education on the very topics they were preaching. World peace, save the environment, live in tune with nature. I’m sorry, is that a designer-made gypsy costume you are wearing with a real leather bag slung over your shoulder while you are violently screaming and irrelevantly meowing and growling into the air as if that is how you’re going to propel a peace revolution?

What they were trying to reiterate was a sacred ceremony involving chanting, drums, and dance to call upon ancestral spirits and to cause a shift in energy based on the release of highly intentional positive energy into the universe. But clearly not a one of them had any knowledge on how to properly do this. Nor did any of them care. This was just their weekend escape from their Beverly Hills reality. The girls danced as if they were in a night club while guys sipped alcoholic beverages and wooed them on. It was a complete and utter disgrace and a serious disrespect to the indigenous cultures who genuinely partake in these rituals.

And seeing this disgusting and disrespectful behavior really explained a lot about that morning. I had gone around and introduced myself to every person there. I tried to encourage conversation by asking about their art, their music, or what brought them to Lucidity. Short, cold answers was all I received as clearly these people had an agenda of their own. And now I see why! They had no interest in communicating with a real street kid. They probably had no real interest in peace, art, music, love, or connection nonetheless much intellect on the topics to be able to hold an at length conversation.

I counted my lucky stars that I did not turn out to be as disillusioned as the characters I had encountered that day. I speak quite bluntly about these people but in truth it is extremely sad to see that such a large percentage of the adult population in our society is skewed towards believing that this consumerism society is what life is all about. It is downright depressing to see that the people preaching peace that have the financial means to actually do something about it are not genuine supporters of the revolution and are instead wasting their resources on designer bags and bogus festival tickets. I sincerely hope that at least one of these naïve souls reads this post and goes out and picks up a book and educates themselves on the things that really matter in this world. I sincerely hope that at least one of these overly sheltered individuals reads this and goes up to the next street kid they encounter and ask them how their day is going, and learns something from having a conversation with someone who has experienced a much realer side of life than themselves.

It is great that these people have had the opportunity to live comfortable and happy lives. But ignorance truly is bliss. And it is so much better to be wise and create your own bliss while moving towards a healthier and more peaceful future than to be flat out unknowledgeable about the very facts of the universe around you.

Needless to say, this organization will NEVER be receiving my fee for a weekend vending space. 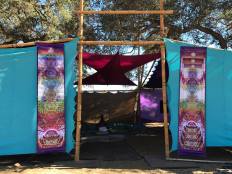