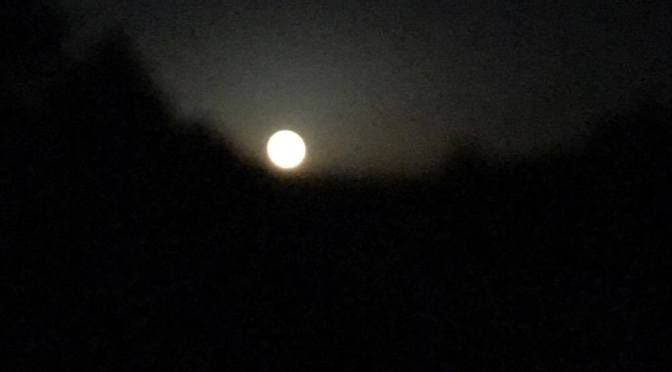 The wild west, The Royal Gorge, and the city my soul may have incarnated from…

Not long after entering into Colorado I pulled off a dirt road leading down to a lake to take Morgan for a short walk. (I’m glad to say this was the first walk we made real progress on!) I quickly realized I was finally in the wild west. The wildest part was the wind; the gusts were so strong I was convinced my pop-top wasn’t closed properly the way it was bouncing around! The dirt was kicking up and invading every square inch of clean space and there were even varying sizes of tumbleweed rolling by about every minute or so. You could feel the energy thriving off the Earth in this landscape and it felt invigorating.

The first bit of civilization I came across was Canon City. This was a two block town that screamed of old west-living. I sat in a cute coffee/ice cream parlor to catch up with my writing where locals came in to gossip about town news behind me.

From here I headed up into the mountains in Temple Canyon Park to camp. Just as I was starting to think how proud I was of my 37 year old van for making it up the steep switchbacks, I hit a turn just a little too sharp and a lot too steep and quickly felt the van start rolling backwards towards, of course, a giant cliff dropping thousands of feet to doom below. The brakes were of no use at this point and I had to back down the curved hill with the e-brake engaged, stopping every few feet to calm my legs from shaking right off the pedals. After what seemed like a lifetime I finally managed to come to a point where I could turn the van around and park without rolling. I took a long deserved break to breathe in the beautiful scenery I almost just became one with.

The morning brought unexpected visitors to my campsite. A couple and their brother-in-law who live permanently out of tents in the mountains came by in search of jumper cables. Real mountain people! Of course I was down to help. My plans to go into town quickly changed to spending hours exploring and chatting with the Millers. They shared many similar interests to me- hiking, Jack Skellington, and living free were just a few.

It was great to experience people truly offsetting themselves from society and I consider them so courageous to do it on their own instead of as a part of a community. However their car was up and running and they were on the hunt for supplies and it was time for me to move on to my next adventure. We said our thank yous and goodbyes and parted ways down the mountain side.

The Royal Gorge was my next stop. A pricey attraction for the amount of time actually spent exploring but still an interesting stop to say the least if you have the cash to spare. The Royal Gorge is a gaping hole through the middle of the mountain formations with the world’s highest suspension bridge strung right through the middle of it. I rode a high speed gondola from one side of the gorge to the other taking in the spectacular views and then braced myself to walk out into the middle of the gaping hole myself, one step at a time across what began to feel like the longest bridge I have ever encountered as the wind picked up the steps beneath my feet and bounced them left and right. Check out a video of my walk and the views below on my Instagram: writeyourownstory2017.

Having paid so much to enter I decided I may as well take advantage of the parking spot and settled in to make lunch when I received an email on my blog. A girl had seen my van in the parking lot and decided she had to share some of Colorado’s finest with whoever it was inside. Jenny Beth was one of the first girls to actually approach me on my trip.. apparently most girls are a bit thrown off by the idea of van-dwelling. She is the lead singer in a Grateful Dead tribute band and is in the process of fixing up a camper van herself. We instantly clicked and made plans to meet up again later in the week, which unfortunately never worked out. However she definitely enhanced my trip with her generosity and tons of advice on locations to check out in the area.

Following Jenny Beth’s advice I headed down the road about an hour to Salida, a laid back town with more art galleries per-capita than I have ever seen. I met a sweet artist here who gifted me two post cards- one with Colorado’s state tree painted on the front and one for my home state, Illinois. She gave me more brochures, maps, and advice than I could possibly filter through in the time I was visiting. Some more advice from a girl at the local dispensary had me headed to hike S Mountain. I hiked to the top with the kitty riding on my back taking in the views all the way up. One day I’m sure she’ll be climbing right beside me.

Not far down the road is Buena Vista. This eclectic town was set right down in a valley surrounded with towering mountains on every side. To the north you could see the snow-capped Rocky Mountains on the horizon and to the south there was a rapidly flowing river following along the foothills. I fell in love with the artist’s shops here. The shop owners were either the artists themselves or could tell you extensively about the artists who’s works were on display and the motivation for each individual piece as well. In one shop I stayed for over a half hour talking to a lady about my travels, her daughter’s travels in South America and Cuba, philosophy, travel literature, and life in general. She was kind enough to give me a hefty discount on the hemp thread I was purchasing to tie up my dreadlocks.

After getting some absolutely delicious mountaineer coffee (a chocolate and raspberry flavored latte) and admiring the butterflies and crashing waves along the river walk, I sat in one of the outdoor living rooms set up in the center of town to spend some time playing with Morgan. These living rooms are made completely of tile and consist of couches, tables, lamps, and even fake puppies to keep you company. The town was full of travelers as it had hostels and centers offering showers for a quarter/minute and it was really looking like the place I could possibly call home in the far-off future. That was until…

Manitou Springs. If my soul had incarnated from somewhere on this place we call Earth, it had to have came from Maintou Springs. Within seconds of pulling into the town I was sure of this. Musicians, dancers, and artists inhabited every street corner, park bench, and plot of grassy land. Typically when entering small towns I feel my big VW and hippie attire cause a bit of a culture shock to the inhabitants. For once, I think I was outdone. The people here were dressed head to toe in India inspired hemp garments and clearly out living and loving life. It was the middle of the day and yet the town was loaded with people of all ages… school and work? Don’t ask me. I was simply grateful for the opportunity to meet so many of these wonderful souls.

One interaction led me to trying The Heart of Jerusalem Cafe for some delicious vegetarian cuisine and then off to a local open mic night where I connected with many of the artists going on and off the stage and was even invited to come to a gathering at one of the local’s apartment’s up the street after. A tiny gummy bear and a great deal of whiskey mixed with the altitude had me off to bed before this gathering even began, however I have to say I have never felt more undeniably accepted and at home as I did with the group of young gypsy souls at PB’s that night.  And so there you have it… IF I ever find myself looking to settle down, you can find me in Manitou Springs, Colorado.