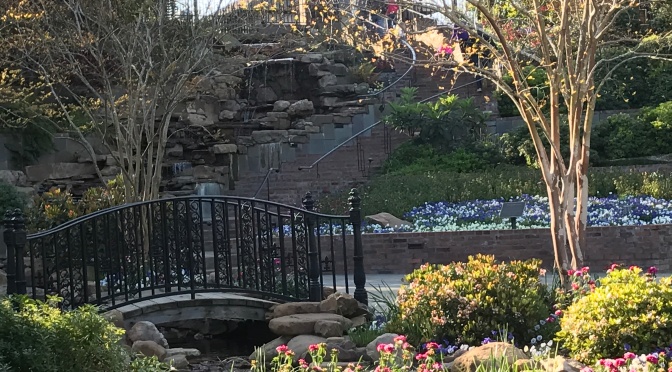 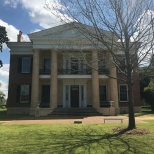 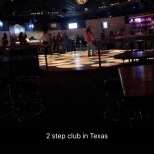 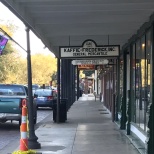 Attempting to nurse my multi-day hangover after Mardi Gras, I began heading to a free camp site in the Atchafalaya region of Louisiana. About 30 minutes from my destination I am overwhelmed by the smell of fumes. I look behind me to see a ginormous smoke behind the van and seeping out over the back mattress inside the van. The van is losing speed. I pull off the next exit and attempt to pull into a gas station before the van stops running completely to no avail. I died in the turning lane. Not again I thought. Once again I call for a tow truck who takes hours to get to me. The driver who finally did arrive was the cliche definition of a jolly southern man, he jabbered on with stories the whole way there so much so that he almost distracted himself right off the road multiple times. He told me of dangerous fishing trips bringing home fish weighing over 160 pounds and stories about his childhood in good ole’ Louisiana. He went on to tell me that his great great great grandfather was Jean Lafitte, a famous pirate I had heard about in a small town outside the Barataria Preserve the day before. His stories were fascinating, and seemingly over exaggerated.

It turns out the engine was improperly installed in St. Petersburg. The shop refused to take responsibility and the engine manufacturer refused to honor the warranty. Being in a position of no leverage and right in the middle of a series of unfortunate events I thought about how most people would call it quits here.  However I remembered watching a video the morning before the breakdown a guy shot of his day after being in an accident that took all day to get cleared up. Instead of being upset and moping, he began walking and went on an adventure. He used an unfortunate event to turn what would have been an ordinary day into an amazing day. Taking inspiration from this stranger on the internet, I amped up my stubbornness and went on a mission to make ends meet.  I would end up camping in the mechanic parking lot for days on end. It wasn’t an exciting time, but definitely a situation I would have never found myself in had I not took the risk and went out on the road. And in my time at the shop I got to know the mechanics and their families and friends for better and worse, giving me a great insight into the society’s normalities here.

As luck would have it, I had a good friend from back home who had recently moved to Texas, right off the border of Louisiana. He swooped in and took us (the cat and I) to salvation in Texas. Our time here consisted of a lot of green and movies, a short time at a casino, and acrobatic two-step dancing at the Electric Cowboy. By the time I was to be back to the shop in Baton Rouge the price on the van had been negotiated and the van was scheduled to be ready to go. If you’ve picked up on a pattern in my stories so far you’ve learned this lesson.. never rely on a situation to pan out as planned. The van was done a week later, with a $500 dollar unexplained increase in price minutes before picking the car up. As many generous people as there are out there, I guess there will always be crooks only in it for themselves. But what can you do besides carry on?

And so I carried onto Natchitoches, a quaint downtown area with a beautiful garden at its core. After walking the shops and spending some time on the river I escaped to the woods for the night to catch some sleep under a chilly starlit sky. I woke up early the next morning to head just over the border to Natchez, Mississippi. The amount of culture and history available in this town outweighs its size ten times over. Blues music, ancient cemeteries with cringe worthy legends, BBQ, the Grand Village of the Natchez Indians, historic battle scenes, old plantation houses, and a beautiful view of the Mississippi River. This town offered it all.

The activity here that interested me the least had the most profound effect on me at all. I visited the Natchez National Historic Park to take a self guided tour of the Melrose Plantation. standing on the steps of the main estate and walking the acres of beautiful gardens I felt the aire of  privilege and properness that I presume existed on an estate of this kind in the 1800s. I could picture myself living at the time, meeting for afternoon tea in the back garden and taking strolls to the farm to ride the horses. What a delightful time to be alive. 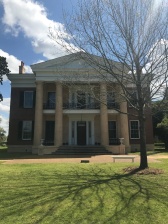 Momentarily it escaped my mind the duality that existed on this plot of land, and many others at the time. After admiring the carriages in the shed I made my way to much smaller living quarters. Upon stepping inside I was immersed in a completely different atmosphere. I could literally feel the shift in what kind of life was lived here. Old slave songs played in the background as I read of the torturous lives so many people were forced into. I read about the grueling work they were subjected to and the physical and mental abuse they endured. I had heard it all before, but it felt so much more real standing on the grounds where it happened, moments after imagining the blissful life of the people living just on the other side of the property. 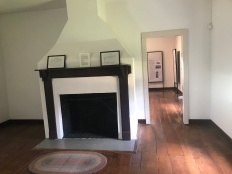 However I found myself smiling at laughing as I read the accounts of slaves who had the privilege of sharing their story.  They were looked at as unintelligent, helpless, hopeless even. Yet as a society they thrived despite their circumstances. They still created a culture filled with stories, songs, dance, and traditions. They were strong, intelligent, and sly. They may have been at the mercy of their owners but they sure did outwit them. Though the circumstances should have never been a reality in the first place, it felt good to know that strength and internal joy prevailed. 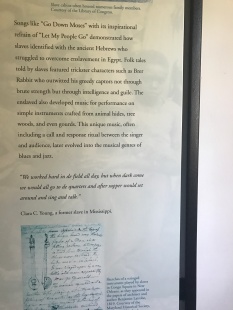 From 1 day old ducks to full grown turkey vultures, getting my wildlife fill!
The beautiful home I had the privilege of staying in on the Seacoast of New Hampshire, met so many wonderful travelers here as well.
I never expected to find a funky town on the east coast, but we’re getting closer! Hello New Hampshire!
Pillories in the street, the gardens of the Ropes Mansion (aka Alison’s house in Hocus Pocus), to a Massachusetts’s tradition: chop suey sandwiches.
The stones in this graveyard are so old that time has rubbed them all blank. Fun fact, this is where Billy is buried in hocus pocus.
Home of Jonathon Corwin, the judge who sentenced the hangings during the witch trials of Salem in 1692. This is the only standing home with direct ties to the trials left today.
I will swim in all 7 seas before I die 🏝